Mark A. Ringsmuth, has been a trial attorney since graduating from law school. In 2005, he opened Aplin & Ringsmuth, LLC with Attorney Ron Aplin. He also served five years as a Judge Advocate in the United States Air Force at Elmendorf Air Force Base in Anchorage, Alaska. Mark earned his B.A. degree from the University of California at San Diego in 1993 and majored in Political Science with a minor in Economics. He earned his J.D. degree from Loyola Law School in 1996. He is admitted to practice before the United States Supreme Court, all state courts in Wisconsin, the Court of Appeals for the Armed Forces, and the Air Force Court of Criminal Appeals. Mark is a member of the American Bar Association, the State  Bar of Wisconsin, the Dane County Bar Association and the Wisconsin Association of Worker’s Compensation Attorneys.  He is also listed in The Best Lawyers in America.  Mark lives on the west side of Madison with his wife and two children.

100% of Practice Devoted to Litigation 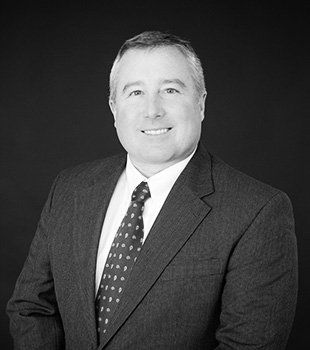